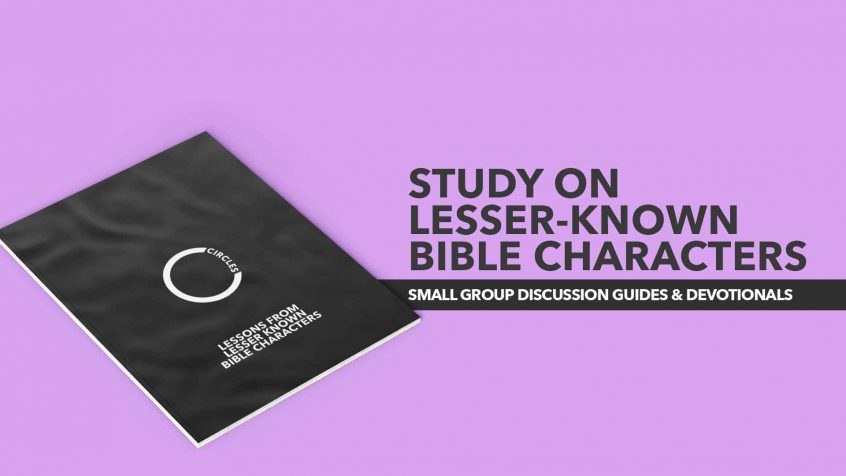 In film and theater, sidekicks fall into a broader category called supporting roles. Simply put, they support the main character without stealing the spotlight. Whether they provide guidance, grant wishes, or offer comedic relief, supporting roles are pivotal to the plot. They quietly move the storyline forward. Their parts may be small, but their positions are significant.

There are supporting characters in the Bible who have played significant roles in God’s plans but rarely get any recognition. In this free 4-part Bible study, we will examine four minor Biblical characters who made a major difference.

HERE IS HOW THIS FREE BIBLE STUDY ON SUPPORTING BIBLE CHARACTERS BREAKS DOWN:

Hur is only mentioned twice in the entire Bible. Regardless, his role is significant. Israel’s success was a direct result of Hur supporting Moses. Moses was weak, so Hur held him up. Like Moses, you need friends who will stand by your side. When things are going well, they’ll help them get better. When things are rough, they’ll hold you up.

Jethro is Moses’s father-in-law who visited Moses during his time in the wilderness. While Jethro is merely a supporting role in this story, his input led to significant impact. Ultimately, Israel’s leadership flourished, Moses was able to focus on what really mattered, and the people received improved support from their government. The catalyst for all this change was a little advice from Jethro.

Jabez’s name only appears once in the entire Bible. It’s not in one of the exciting parts either; it’s in a genealogy. He shows up in one of those exhaustive lists of names you can’t pronounce. His appearance is short, but it’s far from insignificant. The mere mention of his name caused the author to pause the lineage passage to teach us a lesson about prayer and a lifestyle of faith.

Have you ever heard of Jehoshaphat? Probably not. That’s a shame because this lesser-known ruler did powerful work for God and serves as an amazing role model for us. He played a supporting role by leading his nation through turmoil and turning all attention toward God. He was a king, but he wanted his people to serve the True King.

Note: This small group Bible Study on supporting Bible characters is based on a free sermon series! Click here to view the 4-Part Sermon Script on Supporting Characters in Scripture.