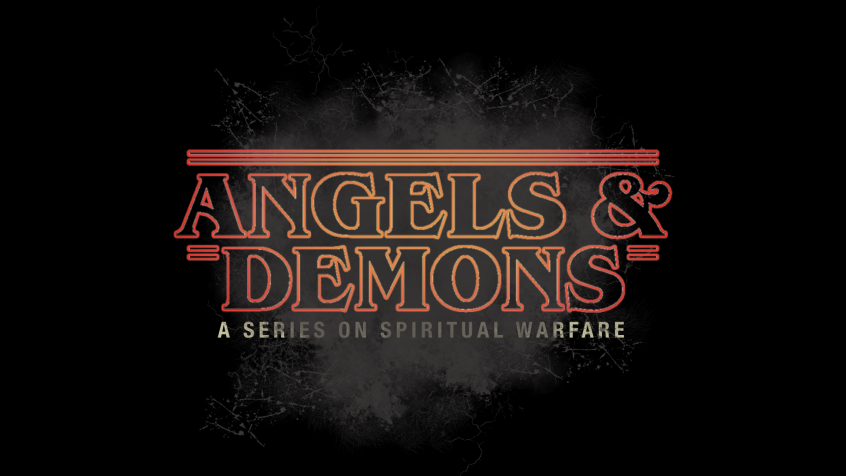 Here is a free youth series on spiritual warfare.

We want to help students understand that spiritual warfare is real, but it doesn’t look like the movies. It looks like temptation, discouragement, and false accusations. Your students are dealing with these struggles even more than they realize.

There is a real enemy who aims to seek, kill and destroy (John 10:10). His small lies can lead to big problems. This sermon series will give them the tools to fight back and walk in victory every day.

This is how the youth series on spiritual warfare breaks down:

There is an invisible battle going on around us. Every day, we are waging a spiritual war with an enemy that is scheming against us. Paul says that we need to suit up in order to stand our ground. What does this spiritual armor look like? It’s the Belt of Truth, Breastplate of Righteousness, Shield of Faith, Helmet of Salvation, and the Sword of the Spirit.

Deception leads to destruction. The devil is a master of disguise and deception. Since the beginning of time in the Garden of Eden, Satan has been trying to lead God’s children astray with empty promises of a better life. If you find yourself sacrificing good things from God for empty promises of something better, start strengthening yourself for this battle in your mind.

So much of our stress and anxiety exists in fictional scenarios in our heads. The Bible is calling us to deny these lies that live in our mind. It doesn’t just say deny them; it says to take them captive. Negative thoughts are inevitable, but you must realize them and replace them with something more powerful. Replace those poisonous thoughts with the promises of God. During this discussion, we will unpack a healthy response to the poisonous lies within our minds.

Just like a scripted fight during WWE Smackdown, we can predict how the spiritual war is going to end. Your victory was made possible by the miraculous work of Jesus who was killed and then defeated death. You will experience victory because it was predetermined an eternity ago when God wrote the script.

Download our Angels and Demons sermon series today and you will receive:

You might also like this devotional on the Armor of God or this four-part small group Bible study on spiritual warfare.

This sermon series is featured in the CIRCLES curriculum — A Year’s Worth of Free Sermon Series, Small Groups & Devotionals for Youth Ministry. Click here to view the full CIRCLES curriculum calendar and download sermon outlines, small group discussion guides and devotionals all for free.